The Cheese Agent
Artisan and local cheeses for West Berkshire and North Hampshire
Based in Newbury UK
Hi, I'm Tony and I sell cheeses at local village markets in West Berkshire and North Hampshire.
With the closure of all the independent delis in Newbury and Hungerford there's still a place to get artisan and local cheeses, either by visiting the markets or contacting me on-line.
​UPDATE 03/01/20:
Happy New Year. Markets for 2020 will resume at Woolton Hill on 25th January. January is traditionally a low cheese month after the Christmas festivities, so I'm taking a break whilst working out the market schedule for the rest of the year.
​

UPDATE 27/11/19:
The Cheese Agent has now entered the 21st Century and can now accept card payments at most events!

I'm a little restricted by the strength of phone signal at some locations and also we have only one card reader and occasionally (especially at Christmas) running two events simultaneously, so it won't be at 100% of events.

UPDATE 28/10/19:
Christmas is looming and the event list has been updated to cover all the Christmas events I'll be at.
During November I'll be taking Christmas orders, with the option of picking up orders a markets or opt for the home delivery service. I'll also be finalising a few collection points that have proved so convenient over the past few years.

Many cheeses sell out at Christmas, so early ordering can be essential. If you're after Barkham Blue, Colston Bassett Stilton or the Christmas Pudding shaped cheddar the soon I know the better.

Download File
​
NEW CHEESES - update 28/09/18:
I am delighted to announce that I will be stocking a selection of excellent goat's cheeses from Beau Farm, Bramley in Hampshire.
​Beau Farm is located on a private estate in Bramley, Hampshire, just north of Basingstoke, where Margaretha is producing a fine selection of goats cheeses.
There’s a Gouda based on a recipe of her Dutch grandmother’s, a soft goat’s Brie and a lactic soft cheese with a dusting of ash.
Also available are flavoured Gouda’s - with cumin, fenugreek, garlic and herbs and lavender (yes that's right, lavender).
I'll have a selection of these cheeses at markets in October, starting at Woolton Hill on Saturday 29th Sept. Please come along and taste!

Find out more at: ​https://beaufarm.co.uk/ and on Facebook at ​https://www.facebook.com/BeauFarmGoats/

See some photos below of the cheese and Margaretha (on the right) and Sedef, the cheesemakers
​ 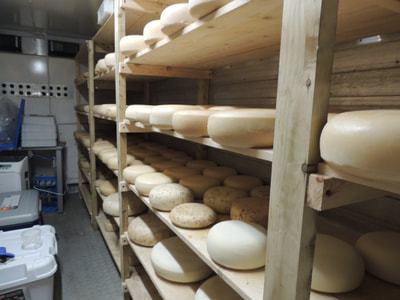 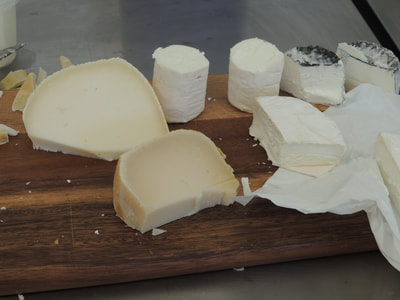 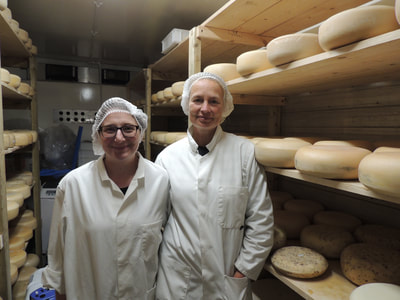 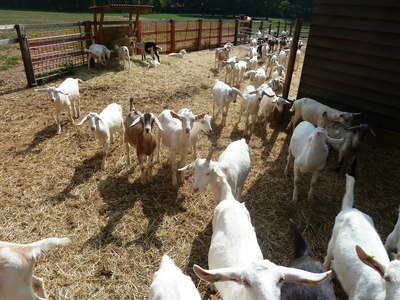 UPDATE 17/07/17:
Searching for new cheeses:
A few weeks ago I received an email from Artisan Diary in Wincanton saying they were having to stop production of their cheeses due to a family illness. It's a reminder that many small dairies are just that - a few family members and employees working together - and even a small disruption can have a huge impact. So many market favourites - Old Tower cheddar, Lynchwood, Woolbury blue and the wonderful "Unnamed" sheeps Gouda are no longer available.

The cheese list has been updated to reflect that these cheeses are no longer available. I hope to add new ones before Christmas.

So I am now starting the search for new dairies to fill the gap. At the moment north Oxfordshire and the Cotswolds look this most likely locations with several cheese producers in the area, so hopefully new cheeses will be appearing for tasting and customer approval in the near future.
New Cheeses for Autumn 2016:
Left to right:
Norton & Yarrow Cheese, Oxfordshire
Sinodun Hill - a ripened goats’ cheese pyramid, matured for up to 21 days. A flavoursome cheese with a light nutty edge and a smooth texture. Bronze medal winner at 2016 British cheese awards
Brightwell Barrow - a fresh unpasteurised goat cheese, it has a light, mousse-like, creamy texture and fresh, citrus flavour. Gold medal winner at 2016 British cheese awards

Nettlebed Creamery, Oxfordshire
Bix - a soft, unpasteurised, triple cream cheese
Saint Bartholomew - a semi-hard, unpasteurised organic cheese made to an alpine recipe. It has a deep, nutty flavour with fruity, caramel overtones and a smooth texture. The cheese is matured for 5-6 months. 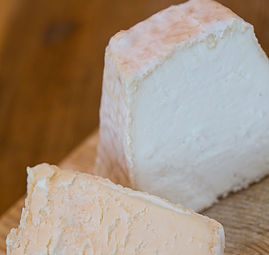 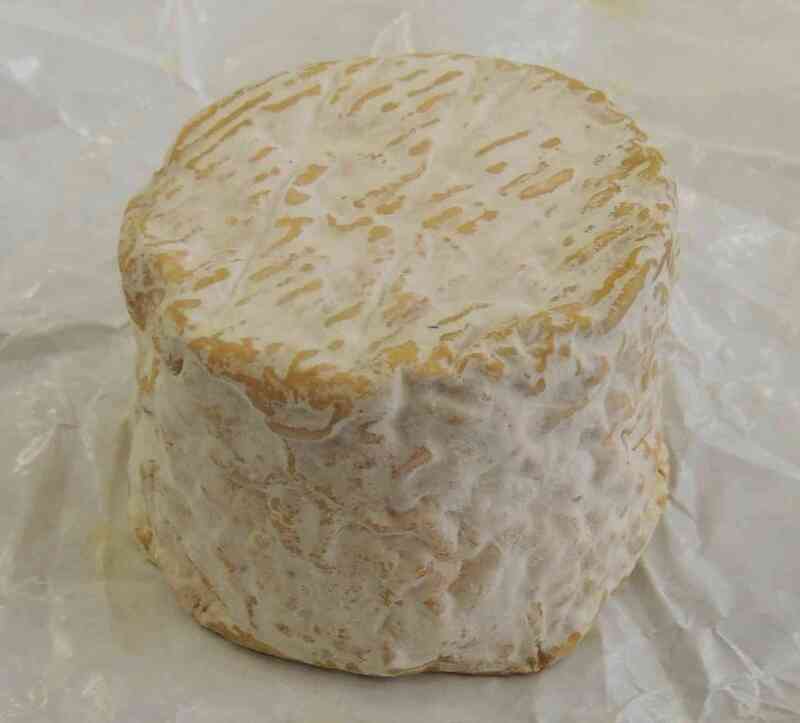 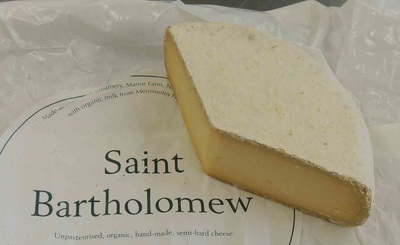